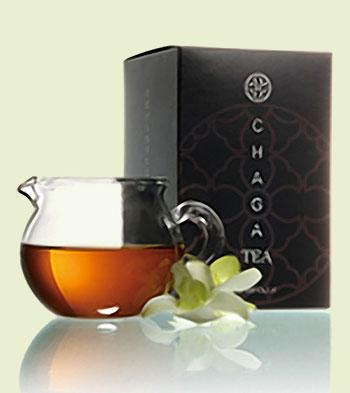 The chaga mushroom is very popular in folk medicine and has been known since the XVI century. It is used both internally and externally in treating various diseases.

The versatile medicinal properties of birch chaga owe to its complex and unusual chemical composition. Chaga contains large amounts of nutrients and compounds, the complex combination of which offers the most amazing curative effects, found only in the birch chaga.

Chaga contains substances that, when combined, result in its unique therapeutic properties. In this regard, researchers on chaga have drawn the unanimous conclusion that the main active principle of fungus is a chromogenic polyphenolic carboxylic complex, which has the highest biological activity and is a powerful biogenic stimulant. This complex is unique, and is not encountered in any other fungus of the Hymenochaetaceae family.

Incidentally, it is namely this complex that is responsible for chaga’s rich brown colour and any of the products made thereof. Therefore, we should first of all pay attention to the colour of this fungus – you should not use pieces of chaga that are too light in colour as a medication, as they are certainly much less beneficial than those that are dark and brightly coloured.

On the beneficial elements of birch Chaga mushroom

Any medicines based on chaga are powerful biogenic stimulators. This should be kept in mind and one should treat chaga with a certain amount of caution. Before taking medicines with chaga, you should always consult with your doctor!

In addition, you should recall that, under high temperatures, most of the chaga’s useful properties are lost. Thus, if you are using chaga as a biogenic stimulant, then, in no case should you boil it, nor should you ever brew it with boiling water! Remember that 90-95°C is the maximum allowable temperature for chaga medications. However, there are some cases, where it is necessary to pour boiling water over chaga or even prepare broth from it. This is done when you wish to completely remove other nutrients contained in this fungus.

So exactly what is chaga capable of? Surprisingly, a lot! Clinical trials have confirmed that chaga has the following benefits:

During the course of treatment with chaga, it is recommended that you eat the following:

It should be possible to limit the following things in your diet: