People have known about chaga and its special medicinal properties since so long ago that it still remains a mystery how and when people first discovered this miraculous natural remedy. Mentions of it could be found among the ancient Romans, who imported this birch fungus from barbaric Europe. It was also mentioned in the scientific treatises of Avicenna, and in ancient Russian chronicles and medical references. 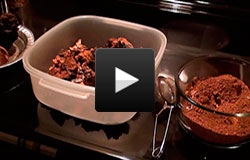